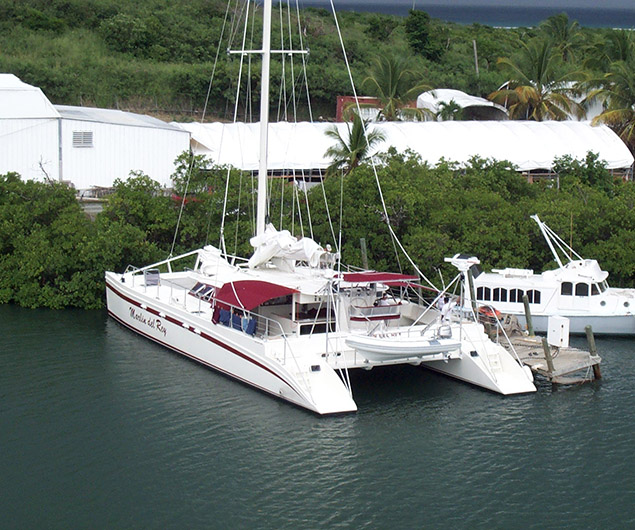 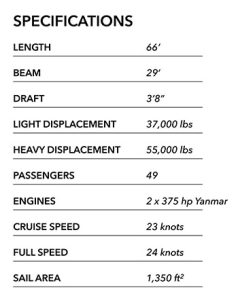 The origins of the Marlin Del Ray began when Mr. Emerson crossed the Atlantic in a 24’ folk boat and slowly had worked his way up six boats later to an 80’ schooner. He came to Gold Coast Yachts to put together a motor-sailing machine capable of fast passages. Marlin Del Ray was given a powerful carbon fiber rig and a pair of 375 hp Yanmars. The Yanmars spun a 3 bladed feathering prop for motor-sailing and a fixed 4 blade for the river work where she could easily achieve 24 knots and outrun most anyone. This offshore sailing machine is on steroids; it can cruise at 23
knots under power. 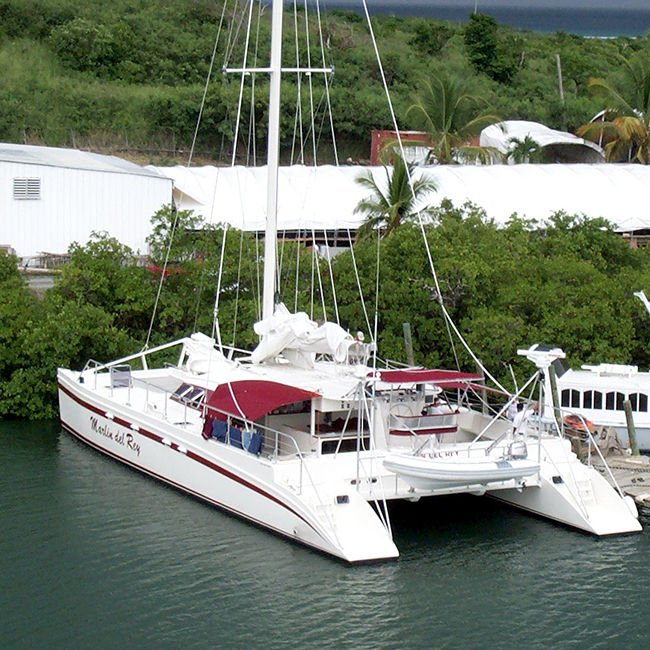 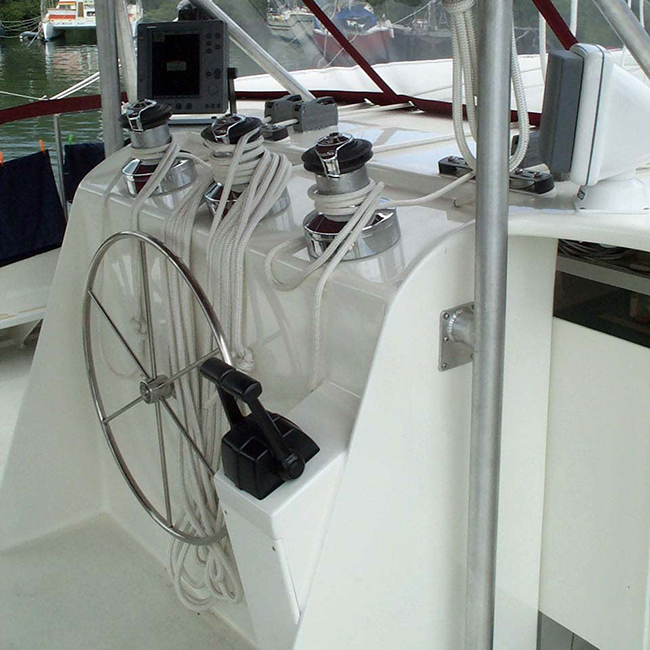 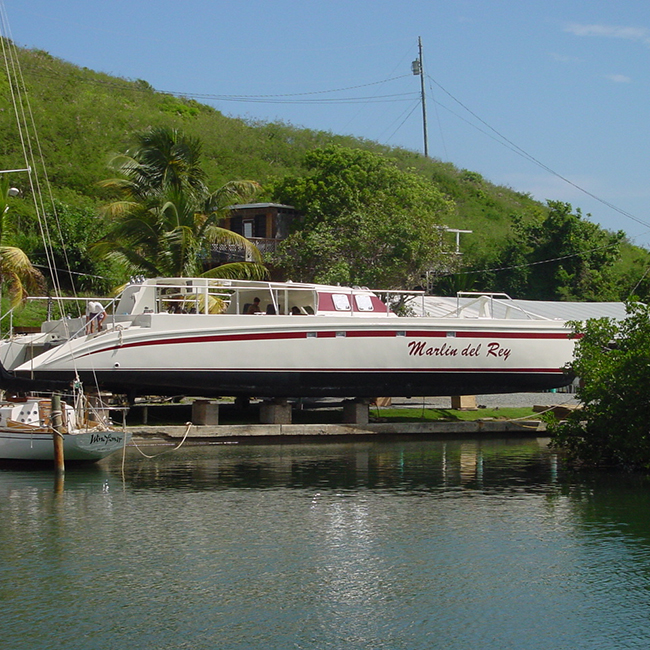 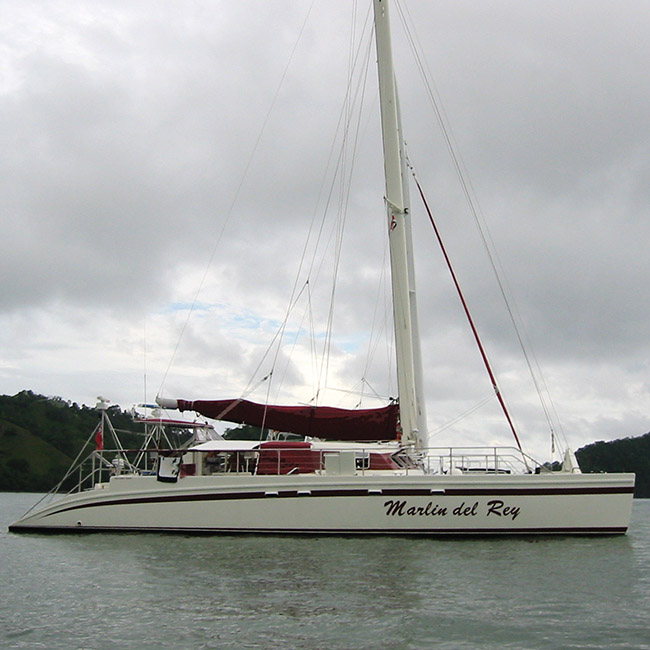 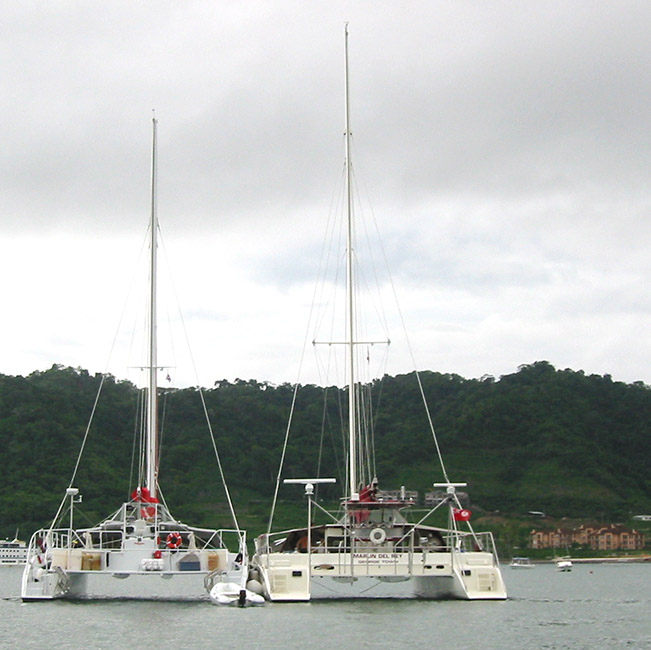 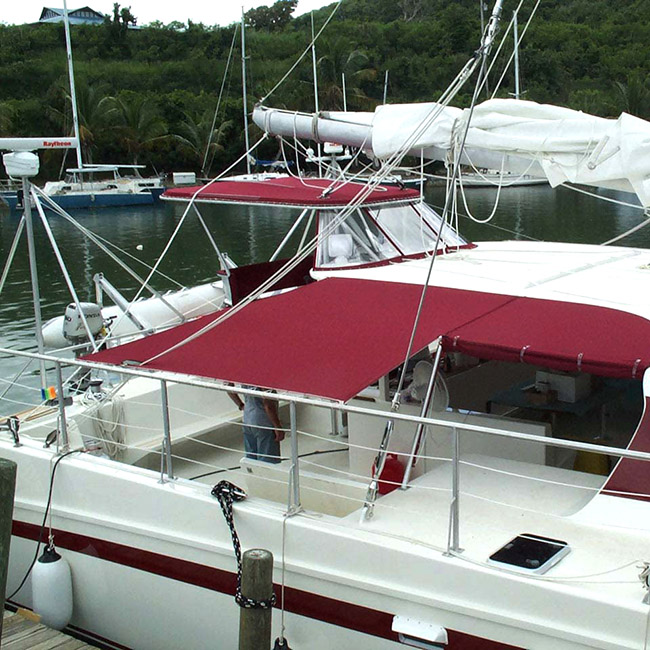 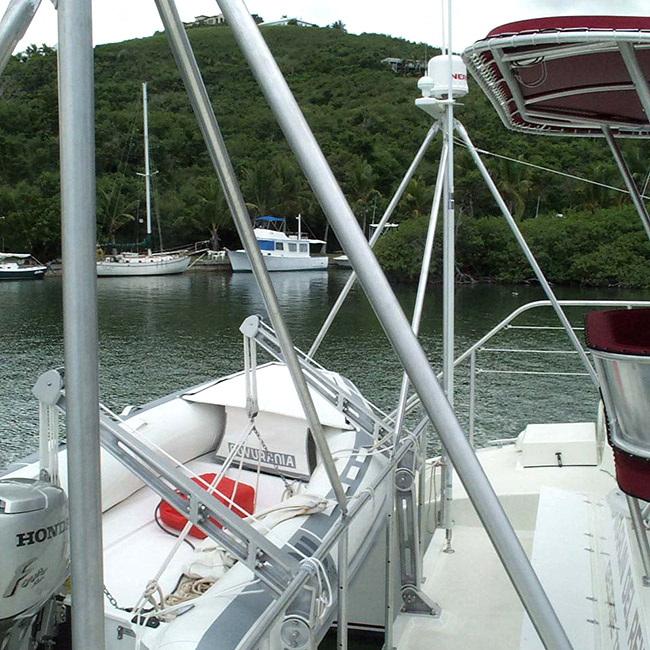 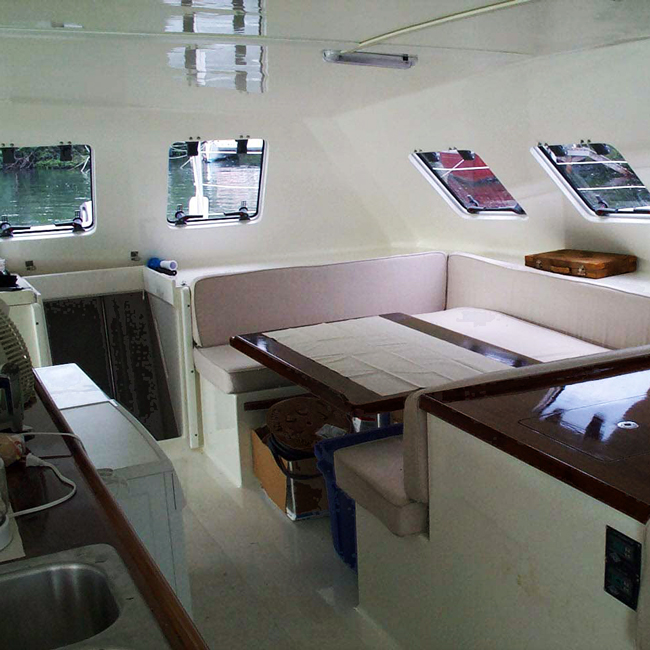 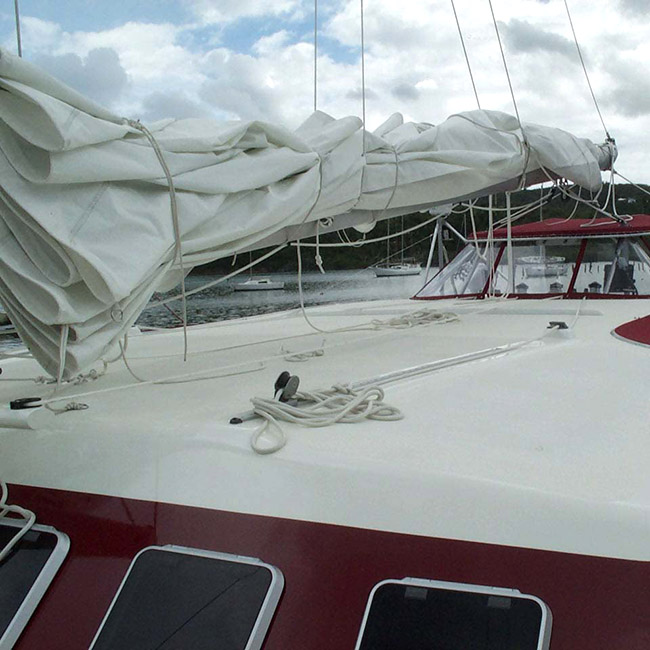 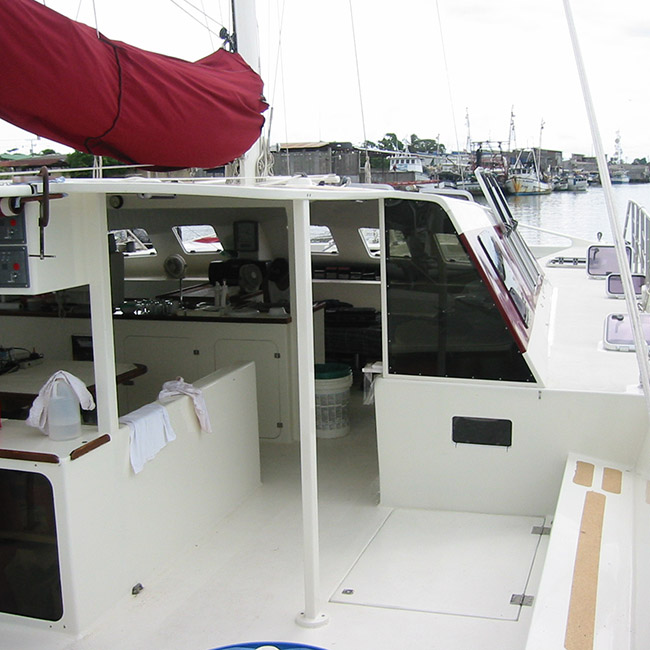 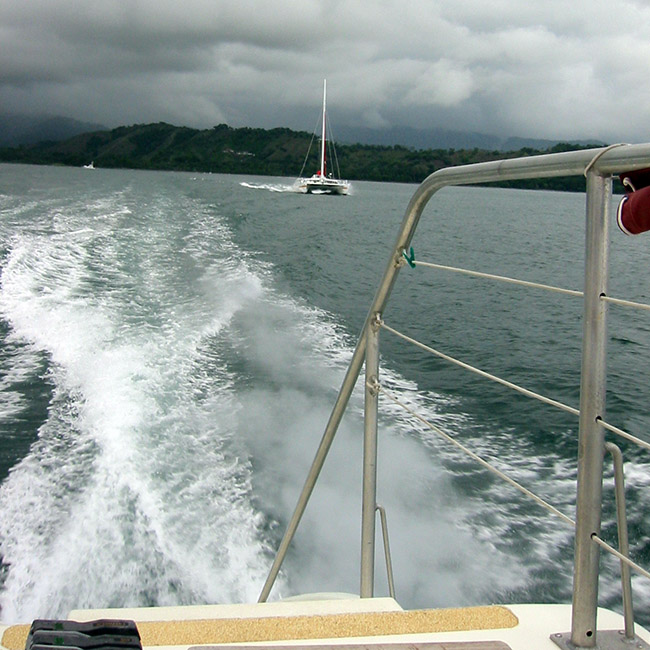 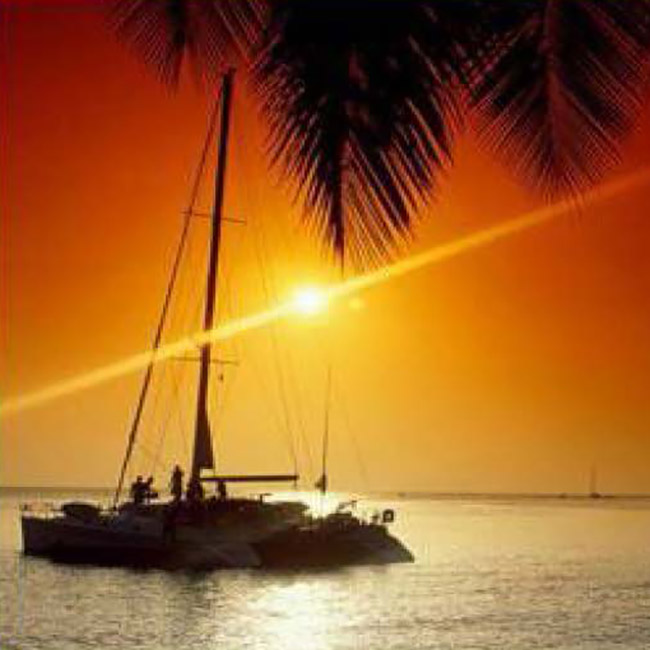